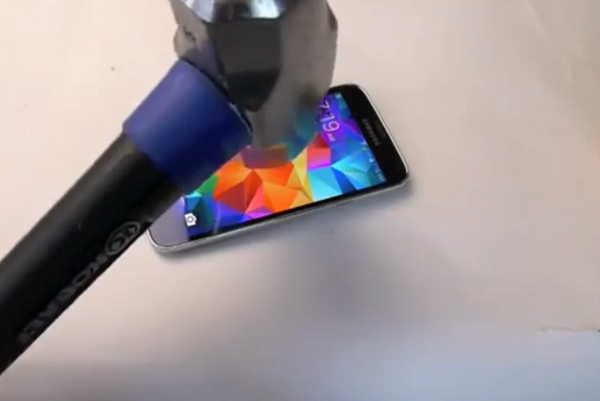 Here at Tech Void, we pride ourselves on gadget reviews, but we also pride ourselves on our sense of humor. One poor fellow at Tech Rax recently decided he was going to do a hammer test on the Samsung Galaxy S5. Fortunately for us, it all went hilariously and dangerously awry. What happened turned out to be a viral video cut by Video Daily. Watch below before reading further.

As it turns out, smashing a live battery with a hammer is generally a terrible idea. After the S5 withstood a few hard cracks with an actual hammer, the narrator decides to smash it “to its death.” We’re not sure if this was planned stunt, but the concluding yelp from the narrator to his friend Michael brought the world to its knees in laughter. “Michael, get some Febreze or something,” needs to be a T-shirt slogan immediately.

We just hope this serves as an obvious lesson to other tech reviewers: Don’t hit your gadgets with hammers. Whatever happened to dropping smartphones from three-story balconies and calling it a day?