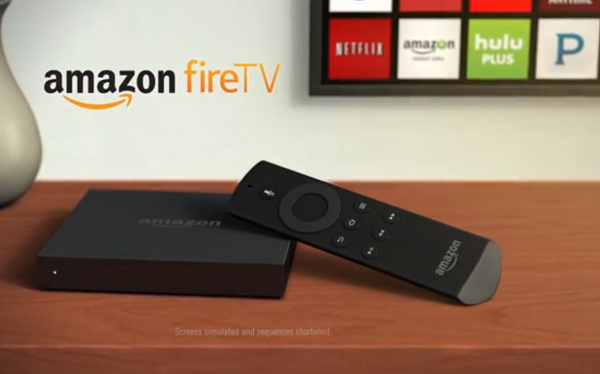 Amazon’s Peter Larson unveiled the first Fire TV set top box today. It’s about time too. Amazon is years behind Apple TV, generations of Roku, and even Google’s TV app and Chromecast. But the bigger story is their ad, featuring none other than crazed celebrity Garey Busey. Talking to your devices is the game, and Busey is the name as he speaks to his pants, lamps, fish, and his deaf Roku.

The Fire TV will allow users to speak to their device using voice search, much like Google Now or Microsoft’s Xbox Kinect. It’s a nice feature too, especially considering how frustrating typing films into your Blu-Ray player’s crappy Netflix app has always been (Roku too). Even better, Amazon isn’t forcing users to opt into Amazon video to use it. Netflix, Hulu, Pandora, Showtime, ESPN, and your other favorite applications can still be streamed using the Amazon Fire TV. Also, it only costs $99.

The Fire TV has dual-WiFi connections allowing streaming of HD content, and the voice search feature embedded in the remote (microphone) will also predict what you want to watch. In fact, it even loads content prior to you selecting an item in order to stream instantly. Quite the promising pitch, but will it be able to cut out a $35 Chromecast or $99 Apple TV? All to be seen.

via: The Guardian
source: Mashable