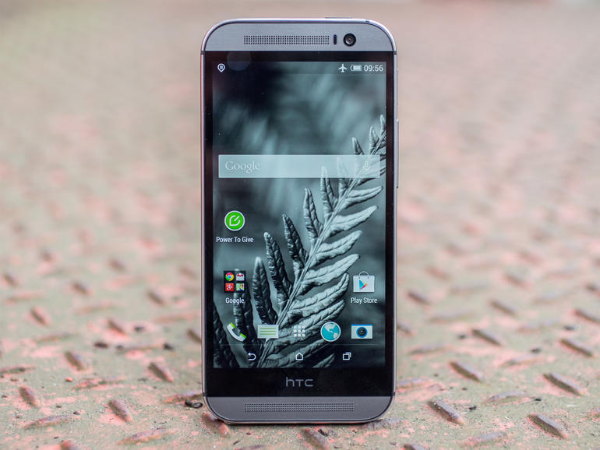 HTC has finally announced its best phone ever, the HTC One (M8). The M8 has taken the crown for most leaked phone of all time—EV Leaks  leaked images and an entire video walkthrough of the phone’s case. Everything we anticipated about the phone has come to be, and it has come out as a great Samsung Galaxy S5 competitor. Below is our overview of the HTC One (Or is it One Two?) Call it what you will.

The first major design change from the original One is onscreen buttons. The M8 also comes with the default three-button Android arrangement rather than the simpler two-button (Home and Back) arrangement. The M8 still has a unibody aluminum chassis like the previous edition did. However, this time it is a 90:10 ratio of metal to plastic, resulting in a device that feels better in the hand. The edges aren’t sharp like a Macbook. In fact, they’re rounded, keeping consumer comfort in mind. With this design choice, HTC is leading the pack metal handsets. In addition, the screen size has been increased by a little less than an inch. The M8 still looks very similar to its predecessor, but its colors are muted, and the design modernized.

HTC has felt the push by Samsung’s hardware, and the company chose to follow suit in specs. The M8 has some of the best hardware of any smartphone ever made.  It comes with 2gb of ram, a 2.3GHZ Qualcomm Snapdragon 801 chip, paired with an Adreno 330 for graphics. It includes a beautiful 1080p screen just like the previous version. However, the most unique hardware  change is the addition of dual cameras on the back. The extra camera refocuses images. It’s much like the Lytro Camera, the first-ever camera that allowed the user to refocus a photo after being taken. In addition, the M8’s camera comes with a truetone flash just like the iPhone 5S.

Unfortunately, this camera sadly only comes with 4 megapixels. This is an extreme disappointment for many, with reviews slamming the camera as the one feature that keeps HTC from pulling an edge over Apple and Samsung. Without more megapixels, pictures are said to turn out more grainy and not as sharp. This is likely the first time a front-facing camera has a higher megapixel count than the back. It comes in at 5 megapixels (Selfie Entourage!) and ironically might actually be better used than the rear if you’re that unimpressed with aforementioned dual-lens rear camera.

The M8 comes with the latest version of Android, Kit Kat. Along with this, HTC has promised users that they guarantee Android updates within 90 days of release and an upgrade cycle for 2 years. This is much more than most other vendors are willing to offer (save for Google’s own Motorolas, of course). HTC has also redesigned the Sense UI. General analysis suggests it feels like a much more unified overlay, despite it still being the most hated software feature of HTC’s phones. Sense has a lot more of a colorful flare to it as well, featuring lots of colored themes and customization. Blindfeed, for instance (M8’s pre-installed news/Flipboard-esque app), is a simple swipe left away from off.

The M8 is available in stores now. It will cost a price of $636 without a contract, and is $199 with a two-year contract on all four major carriers. While it’s already in stores with Big Red and AT&T, you’ll have to wait until April 11 for T-Mobile and Sprint. The international model has prices varying based on location but could be around $700.