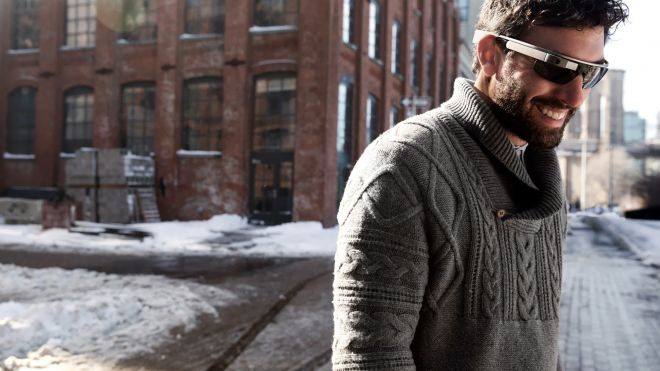 Can Google Glass be sexy?

It is only a matter of time before someone gets beat up for wearing the nerdy Google Glass eyewear.  Fortunately, Ray-Ban could put an end to that before it happens.  Luxottica, the maker of Ray-Ban and many other brands of glasses, has teamed up with Google to create an internet-connected pair of glasses that could spare the general techy populace from ridicule and welts.

Ray-Ban maker, Luxottica, is the largest eyewear maker in the world.  Its portfolio includes brands such as Chanel, Prada, and Oakley.  Oakley will be included in making eyewear with Google Glass technology implemented.  Luxottica CEO, Andrea Guerra, believes that the strategic partnership with Google is the new way forward for the eye wear industry to evolve and satisfy the needs of consumers.

As many of you know, Google Glass is a headset similar to eyeglasses that provides information gleaned from the web via a simple Google UI, all projected to a small, personal lens.  Internet connectivity is provided via Bluetooth connection to your smartphone.  Glass is controlled by voice commands or by the touch pad located on one of the stems, and it can record video, take pictures, and even run mobile applications with this dictation.  So far, reactions to the product have been mixed and controversial, with some businesses banning its use altogether due to privacy concerns.

Google Glass is currently available only to testers and developers.  A consumer version is rumored to be released sometime this year, but no official date has been set.  The collaboration between Google and Luxottica will increase the likelihood of widespread implementation.  The two companies have plans to establish a team that will work solely on developing products that will “straddle the line between high-fashion, lifestyle and innovative technology.”

No specific dates have been set as to when consumers might be able to purchase Ray-Ban and Oakley products with Google Glass technology, but Guerra is estimating sometime in 2015.

What do you think?  Could Maverick buzz the tower in his F14 while leaving comments on Iceman’s Facebook page using his Ray-Ban/Google Glass?