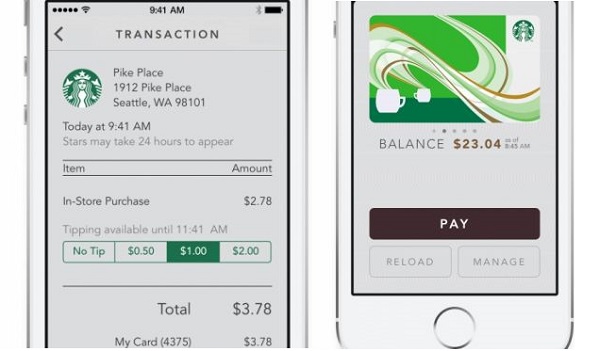 Mobile transactions are increasingly important for Starbucks — 11 percent of Starbucks transactions are made by phone. To match the demand, the company has launched some new updates for its iPhone app. Starbucks has revamped its free app to include the ability to tip by phone, making it easier for you to reward your favorite barista. Previously, users were able to pay by phone but had to tip baristas using hard cash — something not everyone has on hand these days. The discrepancy was pointed out by MyStarbucksIdeas.com, a forum for Starbucks users to offer suggestions to improve the company. Starbucks, thankfully, took heed. The app also adds a “shake to pay” feature that lets users shake their phones to bring up their Starbucks card barcode.

It makes sense that SBUX would up their mobile game; 5 million of its transactions were made by phone last week. By comparison, last April it was reported that Starbucks made 4 million transactions per week. Starbucks’ entirely digital way to pay could prove dangerous for those caffeine addicts out there. Be careful, those mocha caramel frappiatos can really add up.Oh, and sorry, Android Starbucks addicts. Your upgrade isn’t coming until later this year.
Via: TechCrunch Geekwire Mobile Payments Today
Source:  Starbucks