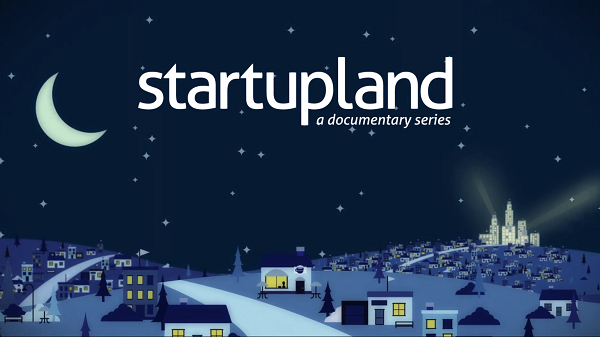 There is no shortage of startups in Washington DC, and with advances in technology, entrepreneurial ecosystems with little overhead are propping up all over the country. And, why not? With tech startups getting buyouts in the millions (if not billions), everyone and their mother are tempted to execute their idea and build that next big thing. But should you quit everything you’re doing to chase this one dream? Is it going to be worth the risk to life and limb? The new DC-Based documentary, Startupland, attempts to answer these exact questions.

Startupland follows five DC entrepreneurs and showcases their entrepreneurial journey through a series of interviews and stories. The first two episodes of this six-episode series aired in the District (obviously) at the Landmark E-Street theater on March 13. The documentary sets out to teach viewers about the startup world while debunking the myth that everyone can succeed. It also hosts interviews with successful entrepreneurs who have founded some of the most well-known tech industry companies in the world, including the likes of AOL, Redditt, EventBrite, Blackboard, and many more. Check out the trailer below. You might even catch a  bit of Alexis Ohanian, the Cofounder of Reddit.

Although the documentary won’t necessarily teach you how to succeed, Startupland will introduce you to the difficult lessons these entrepreneurs have learned. For example: The best way to raise capital is not from investors, but from paying customers. Also, sharing your idea with other professionals is how you get the best feedback. Don’t be afraid that someone will steal your idea, because honestly, no one cares.

It will also introduce you to the idea that entrepreneurship is not for the faint of heart. If you are not completely committed to your vision and don’t have a team surrounding you that also believes in that vision, you will not be successful. Be prepared to eat ramen and sleep on couches for months while you build a company from scratch. Still interested?

One of the places I thought the film truly succeeded was delineating the five entrepreneurs as people first. You know, human beings? As you get a glimpse into their personal lives, you get to see how they are no different than anyone else. Well, save for being brave enough to pursue their lofty ambitions. It makes envisioning yourself in their shoes a bit easier. In this sense, the documentary does inspire you. But, you have to be in it for the right reasons. If you’re interested in learning more, you can pre-order your copy or check out what city is airing episodes next.