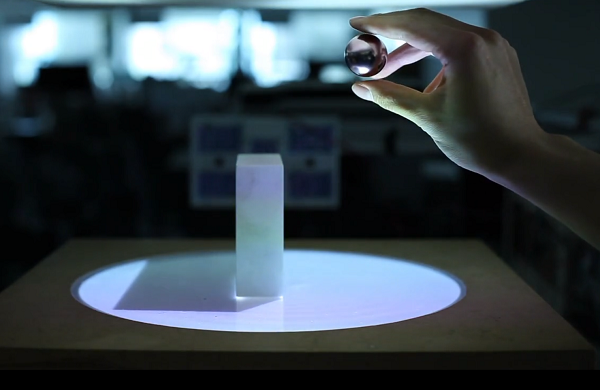 TED stands for Technology, Entertainment, and Design. It is a global set of conferences all owned by the Sapling Foundation, a nonprofit group whose mission is to spread great ideas. Individuals can even hold their own local events, called TEDx conferences, quite easily. TED Talks bring out many of the most inspirational examples of human study.  Brilliant ideas, research, and critical thinking are displayed at the pinnacle of “Woah,” in these presentations every year. And these lectures are performed by renowned scientists, politicians, movie stars, models, and even basic teenagers. As addicting it is to watch these, I decided it would only be apropos to compile a list relevant to this tech-concerned audience. Without further ado, Tech Void presents the top six TED Talks you need to see:

1. Reach into the Computer

If you’ve seen the Iron Man films, you know what a technology aficionado Tony Stark is. It has been amazing to watch Tony (RDJ) interact with holograms and throw around spheres of data, completely at ease with his environment. According to this Ted Talk, the world may be closer than we thought. Jinha Lee, an interface designer and engineer, demonstrates human-to-computer interfaces that blur the lines between bits and bytes and the real world.

When you hear the word “biohacking”, you probably think of post-apocalyptic punk kids with glowing tattoos selling biomodifications to each other. Not so. Ellen Jorgenson, former molecular biologist and current pioneer in the do-it-yourself biotechnology movement, comes to a swift and compelling defense to the biohacker community. She explains how the societal benefits of say, a D-I-Y biofuel cell or cheap DNA analysis, outweigh the potential risks.

Government surveillance has been a point of contention among the IT and security sector for decades. In Christopher Soghoian’s informative and persuasive lecture, he notes off-the-shelf surveillance software for governments is a five billion dollar industry, and that many authoritarian governments have been using third-party software to spy on its own activists and revolutionaries. Unfortunately, the United States isn’t doing much better.

Although the title only says “How to fool a GPS,” this Todd Humphreys talk is about so much more. It starts with a brief history of the accuracy of the system, but quickly turns into an analysis of the social ramifications of accurate, widespread GPS technology in the near future.

5. Imaging at a Trillion Frames Per Second

Ever watched the Slow Mo Guys? It’s a channel on Youtube, and all it does is post videos of interesting phenomena in slow-motion. Sure, it’s pretty fun to watch a drop of water bounce up and down a few times (when you don’t expect it to), but those videos are only being taken at about 5,000 frames per second —200 times slower than real-time. Ramesh Raskar reveals a new way of taking video —at a trillion frames per second. Basically, you get to watch light in slow-motion. Let me repeat, THE SPEED OF LIGHT in SLOW-MO!

With every innovation in technology, it seems that the benefits always outweigh the costs. As seen before, biohacking definitely has some potential uses, but even more mundane advances, like social networking platforms and cellphones have become an integral part of our lives. Marc Goodman shares his unique perspective on law enforcement and how criminals are using technology to pull off ever more elaborate crimes.