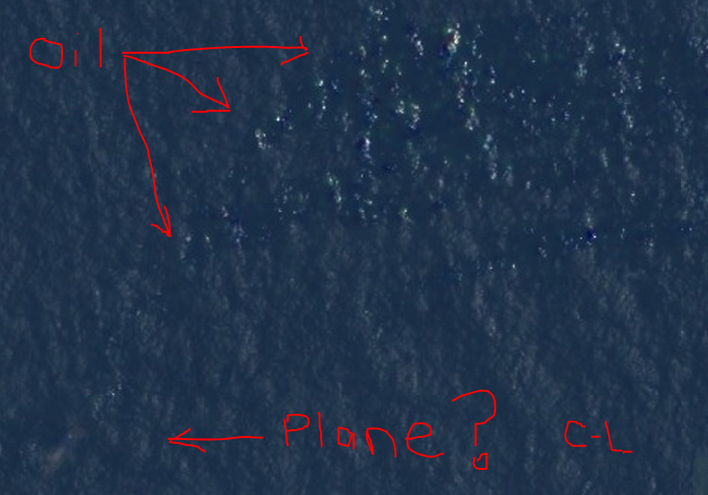 With the world focused on missing Malaysia Airlines flight 370, armchair detectives have come out of the woodwork in attempt to solve the mystery. All this, thanks to Tomnod, a satellite imaging website run by DigitalGlobe satellite company. On March 10, Tomnod encouraged its followers on Twitter to scan its catalog of photographs over the area of search including the Indian Ocean and Gulf of Thailand.

Over 2.3 million people have been said to have scanned pictures from Tomnod’s satellites. They’ve aimed them at several different areas where the plane was believed to have lost contact with air traffic controllers and radar. It is something reminiscent to the Boston Marathon bombing just last year, when Reddit took to up arms to analyze photographs taken of the tragedy in hopes to find clues and track down possible suspects. While the efforts proved unsuccessful, causing more trouble than resolution, this hasn’t kept the enthusiasm of good Samaritans out of the current search for the Malaysia Airlines aircraft. Over 745,000 blue pictures of the ocean have been scanned by Tomnod site visitors, looking for evidence of the crashed aircraft, smoke, or oil slicks.

The most notable (or viral) find was publicized by rock star and celebrity drama queen Courtney Love, who posted on her Facebook page a picture of what she thought could be wreckage and an oil slick.

While critics lambasted Courtney for, well, being Courtney, the general attitude on the tragedy seems to be one of dumbfound curiosity. What exactly happened during that flight? Between possibilities of a fire, hijacking, or even aliens, all avenues have been considered with major news outlets consistently talking to experts on aviation about their theories.

One of the more interesting perspectives was published by Wired this morning.  Veteran pilot, Chris Goodfellow, explained his theory that the aircraft had likely experienced an electrical fire and was heading towards the 13,000 foot runway of an airport in Pulau Langkawi, a nearby coast.

“The pilot did all the right things. He was confronted by some major event onboard that made him make an immediate turn to the closest, safest airport,” wrote Goodfellow.

Tuesday, U.S. officials said a review of the pilots’ computers and air traffic controller logs found nothing suspicious, leaving the mystery still largely unsolved.  The only notable evidence is that the pilot or someone changed course deliberately. Nevertheless, this is not an unheard of event. A map of 83 planes that have gone missing since 1948 published by Bloomberg Visual Data proves the disconcerting possibility that even with advanced technology like Tomnod and its millions of armchair detectives, the passengers and debris of flight 370 may never be found.