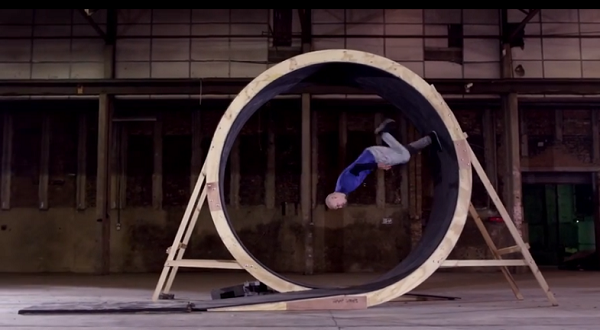 You’ve seen it on a skateboard and a BMX bike, but never have you seen a man run “the loop” on his feet. You’d think a track star would have done this already, but it took gymnast Damien Walters to run 9 mph to make it through a 360-degree circular track loop. The Pepsi Max sponsored stunt ad below shows Walters practicing running the loop at least a dozen times before trying it without pads of support at bottom. And…success! Watch it for yourself and dream up your own ways of defying the average understanding of physics.