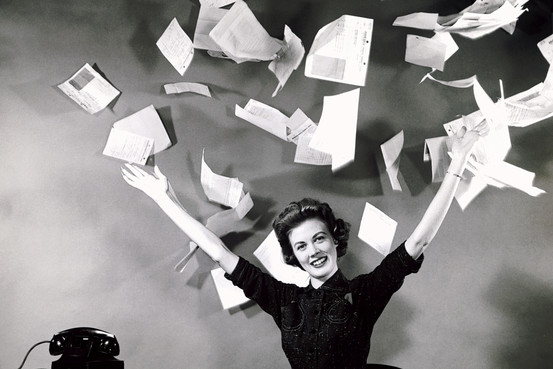 A supposed consumer advocacy group funded by the paper industry is lobbying Congress to try and stop the shift toward digital records in the federal government, the Washington Post.

According to the Post, lobbying group Consumers for Paper Options is funded by several companies and organizations in the paper industry including the Envelope Manufacturers Association, as well as the paper industry’s largest trade group and several of North America’s biggest paper manufacturers. The lobbying group has succeeded in inserting language into bills that will slow down the move to a more digital bureaucracy. For example, the Social Security Administration must now plan to mail out paper copies of annual Social Security earnings statements to some of the 150 million people who are set to retire in the future. The SSA stopped mailing paper earnings statements back in 2011—a move that saved them $72 million per year.

The group is directed by John Runyan, who managed the federal government relations team for International Paper, an American pulp and paper company, for several years before heading the lobbying group.  Runyan told the Post, “We’re not just advocating on behalf of the industry,” but are advocating also for senior citizens and consumers. In addition to the Social Security statement victory, the group also won when a congressman, working with the American Forest and Paper Association, removed a mandate that would have required companies to put information about prescriptions online instead of on paper in drug packets.

It is worth noting that the group appears to have some valid claims. Government agencies’ tighter budgets have forced them to cut costs, and going paperless has been an easy way to do it. Going paperless could be problematic for the 20 percent of Americans do not have Internet access (30 percent by the lobbying group’s count) and the percentage is sure to be higher for seniors, who are the ones receiving these Social Security statements.

The Post reported that since last year, 22 of the largest federal agencies have cut down on paper costs by 7 percent. The paper industry is hurting—but it appears it is not going down without a fight.