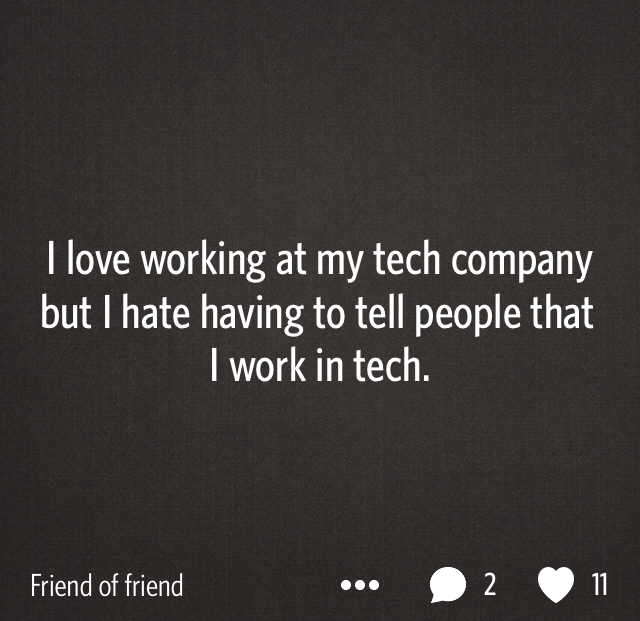 Think back to college. Not to the power hours and kegs in the quad, but to a quieter corner of collegiate memory lane where a group of girls are huddled on a futon flipping through a brown paper-covered book full of scrapbook-style, anonymous confessions ranging from admissions of our unspoken but very human vulgarity to haunting melodrama.

Remember PostSecret, the postcard confessional book/community art project that’s compiled more than half a million secrets from strangers since 2004? 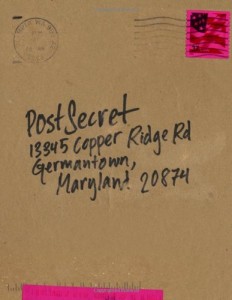 Take PostSecret, put it on the Internet, and fill it with a network of Silicon Valley insiders and you have Secret, a new anonymous thought-sharing app that debuted in the iTunes store just a few weeks ago. Or at least that’s how it exists in its current form.

Not dissimilar from Whisper, Secret was conceived as a respite from the constant vigilance of maintaining — or differentiating between — one’s professional and personal online presence. As noted on the company’s website, posting online nowadays  is like “speaking on a stage in front of a mixed audience of family, friends, and acquaintances,” which brings with it a degree of self-editing and the compulsion (necessity?) to create an online affectation. Posters’ anonymity on Secret is protected by requiring each user to have a minimum of 3 friends on the network, and posts are identified only as from a “friend” or “friend of a friend” — unless a post becomes really popular, in which case it will reach you from vaster degrees of your social network and be tagged with the location of the poster.

But rather than being fodder for collegiate date rape horrors and missed connections, the Google Ventures-backed app has become a rumor mill — or perhaps more appropriately, a snake pit — for techies and venture capitalists.

Just last week, an anonymous post on Secret sent the startup world spiraling with rumors that organizational software suite Evernote was on the verge of a major acquisition: 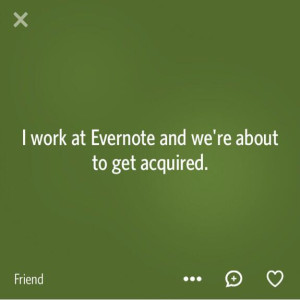 So DC techies, before the teenagers and housewives hear about Secret and dilute it into a social network of puerile snark and uncoolness (respectively), download the app and get your vent on. After all, what’s the life of a trep without a little trepidation? 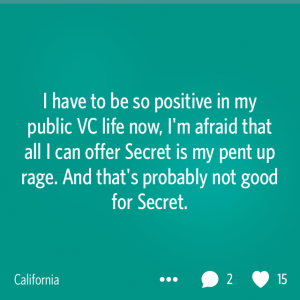