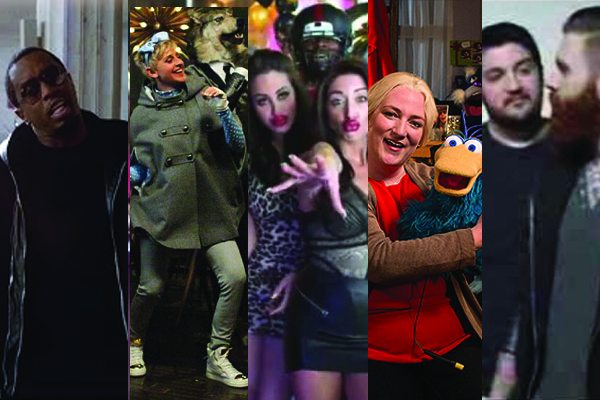 Ah, the Super Bowl. A game where for many, where more attention is paid to Twitter than what’s actually happening on the TV screen (especially this year, when the Broncos went down in an unprecedentedly pathetic fashion.) For 2014, the ad line-up was more tech-heavy than in years past. Some of the commercials were as atrocious as the football itself, and we set out to narrow it down to the five worst. Enjoy…or not. At least they were better than the actual football game.

Global entertainment company Time Warner put out a crazy, action-packed Super Bowl commercial, complete with P. Diddy, True Blood cast members, Drake and other previously famous people I can’t remember. It’s the epitome of what we expect Super Bowl commercials to be like these days—bloated, celeb-filled affairs that are more about visual stimulation than content engagement. It was semi-entertaining, but not anything I would remember past next week.

Beats Music, Beats Electronics’ brand-new subscription-based music streaming service akin to Spotify, enlisted talk show host Ellen DeGeneres to promote the product via awkward dance moves. Ellen DeGeneres is a modern Goldilocks, trying to find the perfect music genre for her mood using Beats Music. It was kind of fun, but Ellen DeGeneres is just not who I would have picked for this. I think Beats could have thrown money at a celebrity who is thought of as “young” and “new” to promote their new product.  How about Olivia Wilde or Channing Tatum? Missed opportunities.

A lot of people seemed to like this commercial, but it was missing one thing: kitties. The commercial was about how in a messy and distracting Internet, SquareSpace could improve your website. Or something. The ad showcased online reviews, make-up-caked selfie-takers, memes and more. It is also terrifying. It definitely could have been improved with kitties, whom everyone knows are the true rulers of the Interwebs. What’s really bad, though, is that the ad buries the message of SquareSpace, making it hard for consumers to know what it really does and how it could improve their websites.

Oh, GoDaddy. Their other “Body Builder” commercial from this year was actually pretty good, but I hated this one. In it, a “regular Joe” named Gwen Dean quits her job “in front of 100 million people” in order to pursue her dream of becoming a full-time puppet maker (which explains the presence of creepy puppets in the ad.) This ad rides on the popularity of people quitting their shitty jobs via viral videos. This one is just boring. This woman does not seem interesting. Apparently she quit her job as a “licensed refrigeration machine operator.” Good for her, I guess. GoDaddy could have found a more interesting subject for this interesting concept.

Sprint also released a skull-crushingly boring Super Bowl ad. Basically it says that adding more people to your network will make your bill cheaper. It conveyed that message in the most uninteresting way possible. A band stands in front of a white backdrop, and more and more people get added as the band makes its network bigger. Zzzz.