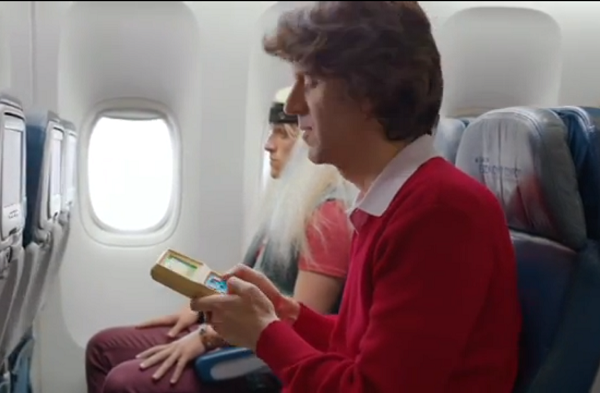 Delta Air Lines has been notorious for their reinvention of the in-flight safety demonstration with cute and hilarious videos. The latest is a 1980s tribute bringing back side-ponies, big rocker poofs, neon colors, and ridiculous high-tops. Okay, so sports attire certainly hasn’t changed so much. So what’s new? Well, despite the retro theme to the video, the FAA’s new policy on in-flight use of electronic and cellular devices has been updated, stating that smaller devices can be kept out at all phases of flight as long as your cellular network is turned off, also known as “Airplane Mode.” The change happened in November when Jet Blue and Delta were able to take advantage of FAA’s decision to allow passengers and gadget fiends to tweet their complaints on the tarmac (or any time below 10,000 feet) rather than at optimal altitude.

Alf,  the sitcom puppet, even makes an appearance in the hilarious video.  We just hope this brings back more break dancing and awful, raunchy ski movies like Hot Tub Time Machine. Let us know what you think.