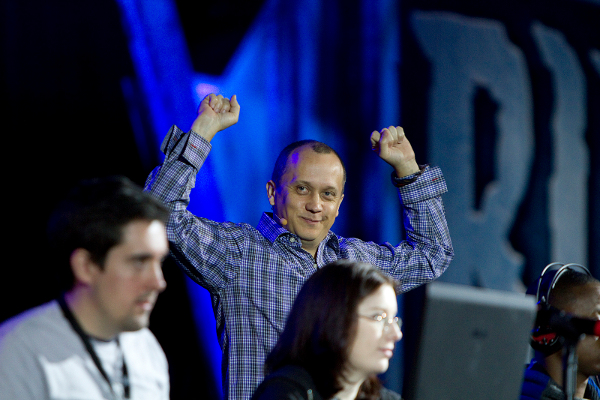 After a month of rumors and speculation, it was learned today that Warcraft Lead Systems Designer Greg Street, who last November announced he was leaving his post at Blizzard Entertainment, has joined the team at Riot Games as Lead Game Designer—you may notice the not-so-insignificant title change. The information came via Street’s LinkedIn profile, which was updated sometime yesterday with the new position. As of this writing, neither Street nor Riot has confirmed, though he did offer this note via Twitter:

Thank you for all the recent tweets, but I think the appropriate thing for me to do is lie low for awhile. I won’t vanish forever. Cheers.

Joining Blizzard in 2008 and adopting the forum name Ghostcrawler, Street quickly became known to players as the face of the development team, and regularly engaged with players on the forums and via Twitter. He got his start in the gaming industry working for Ensemble Studios on the popular Age of Empires series.

Blizzard recently demoed the latest incarnation of its answer to Riot’s hugely popular League of Legends at Blizzcon 2013. Called Heroes of the Storm, a closed beta release is expected soon.