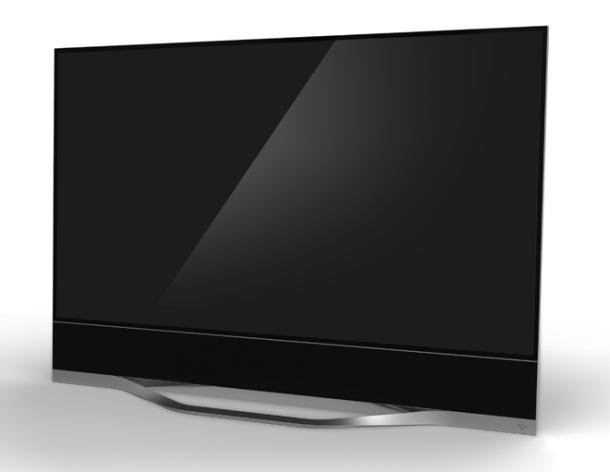 American television maker Vizio continues to impress with its consumer-friendly pricing and television technology. Yesterday, Vizio announced their new lineups including the “P Series,” which has a 50 and 70-inch model, featuring the sought-after 4k resolution.

However, the real story is what Vizio claims it to be the “Best TV in the World,” a lofty claim currently being heard around the world at International CES 2014. The Vizio Reference Series includes a 65 and 120-inch model capable of 4k resolution but with display proportions and technology unheard of in consumer models. The 120-inch is notably the largest TV that will be shipped this year besides a Samsung’s 110″ television.

The Reference models are Vizio’s most high-end displays yet with custom components you can’t find anywhere else, according to the manufacturer. High Dynamic Range (HDR) is the term being thrown around the blogosphere to describe the innovation. HDR references the Dolby Vision’s back lighting of displays, in this case. The backlightighting in the reference models reaches 800 nits, featuring special pixel dimming, 384 zones of backlighting due to 384 zones Active Pixel Tuning. All of this together creates the hyper-realistic depiction of light and color you’ll see in these phenomenally three-dimensional (yet not) displays. Pricing has not been set, but like usual at CES, if you have to ask…