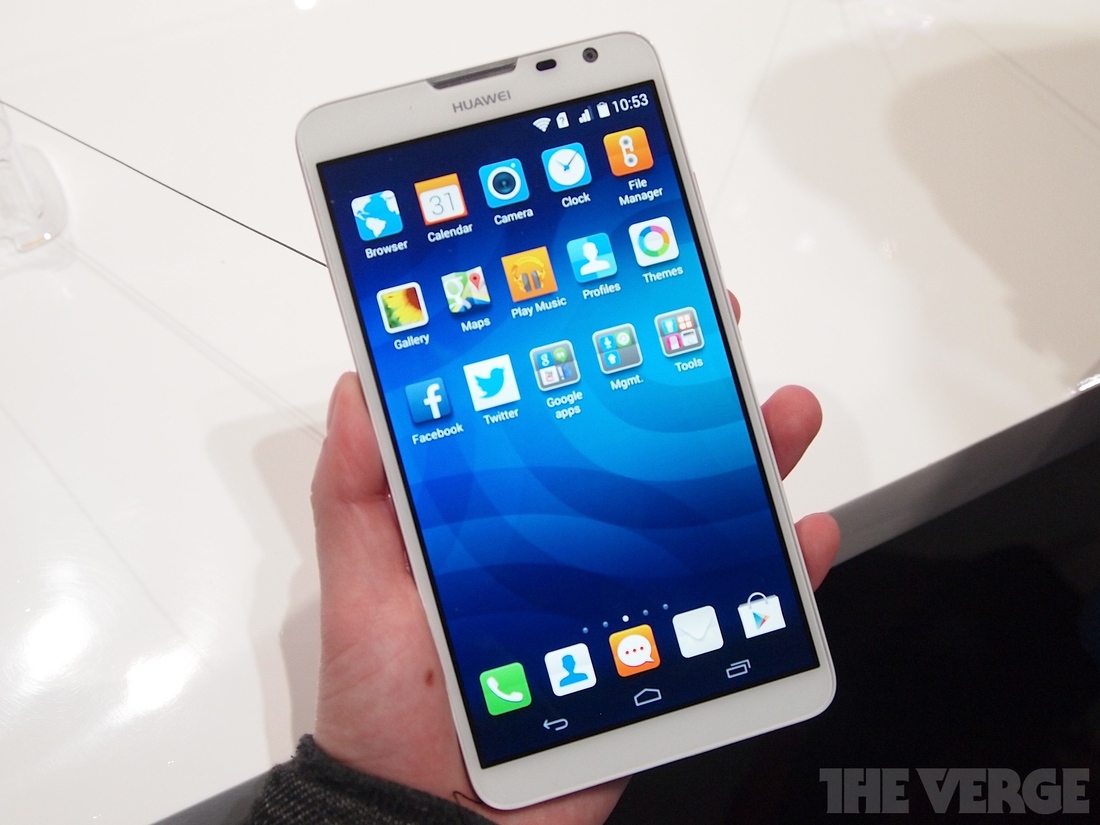 It’s Press Day at CES 2014 in Las Vegas, and Huawei has debuted one of the most interesting innovations yet: Reverse charging. That’s right, Huawei’s new smartphone can be used to charge an iPhone. Weird indeed, but it’s also a pretty decent on-stage gimmick to kick Apple in the teeth. The innovation comes with Huawei’s giant 6.1-inch Ascend Mate 2 4G. How does it manage this? Clearly it’s the monstrous 4050mAh battery tucked into the device. Following up on the battery powerhouse that was the first Acend Mate, Huawei says this battery could last up to two entire days. That is, if you decide not to charge another device with its immense lithium-ion gluttony.  We’re guessing it’s more like 1.5 days considering the boast of most manufacturers.  The device’s 6.1-inch 720p screen has a better pixel density than the Samsung Galaxy Mega, and it includes a 13MP rear camera along with a 5mp front-facing shooter. The best part is the software, of course. Ascend Mate 2 features Android’s latest 4.4 – KitKat. The back plate also comes off, allowing access to microSD storage. Otherwise, the Ascend Mate comes with 16GB of internal space. Check it out for yourself.