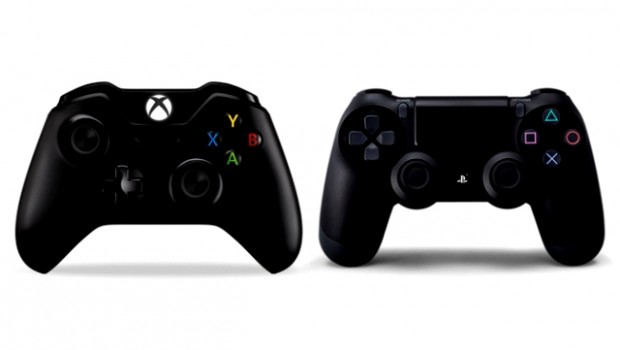 Gamers around the world are all excited for the Xbox One and PS4, and for good reason.  Most of us have our pre-orders in or are planning to camp out at GameStop. However, I have some alternative perspectives to consider.  Maybe picking up a next-gen console isn’t the greatest idea. Why? Well read on, my fellow gamers. Here are five reasons to edit your Christmas list and wait on the Xbox One and PS4.

If you have been following closely, you may have noticed that the launch titles for both systems has shrunk significantly. Watch Dogs, The Crew, and Driveclub have all been delayed to 2014.  Console launches are often stricken with this problem and many times early adopters are left to stare at a pretty box.  It may be smart to wait and see if either system has any games you are actually interested in playing. And you’ve already given up your fall to the amazement of GTA 5, so what else is there to look forward to?

2. Which system should I choose?

Okay, I get it.  Some of you are getting both, regardless.  This is for those of us who would end up on the street if we bought both systems. The specs on both systems are pretty close.  Sony has the more powerful system, but Microsoft has an impressive cloud streaming platform.  There is no way to know which will be more beneficial  at the moment in regards to game play and graphics.  The number of unknowns at this stage is still very high.  Why not give it six  months before choosing one?

There are still loads of great games coming out for both systems.  Your Call of Duty will still be there, among multi-platform titles that will likely look close to as good as the Xbox One and PS4 counterparts. It is going to take a while for developers to build their brand new gaming engines and tweak them to take advantage of the new hardware.  Are the games going to look amazing?  Of course, but we are in for a much bigger treat a year from now.

4. Where will the allegiance of the indie developers lie?

Sony has made a huge effort to get the indie developers on their side.  With incentives such as self publishing and listening to what community as a whole wanted in a development platform. It will be interesting to see how all this plays out because Microsoft already has a large following.  Amazing titles crop up here and there from indie developers that you won’t want to miss out on.  Nevertheless, you’ll want to tread cautiously if you are in indie fan as there are lots of rumors floating about as to which console prevails. Remember the RROD (Red Ring of Death)?  Who is to say the early release of consoles won’t have similar issues?  While I fully expect that Microsoft has learned it’s lesson, no one wants to go through the pain in the arse warranty process.  It might be wise to let others burn in their consoles for a bit to see if they break.

The Xbox One is released on November 22nd and the PS4 on November 15th.  For you brave souls buying on day one.  God speed.