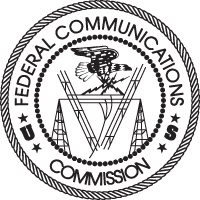 The U.S. Senate has begun a review process that will likely result in confirmation for Tom Wheeler, whom President Obama nominated as the new chairman of the Federal Communications Commission (FCC) at a time when the tech, media and telecom industries are rapidly consolidating.

Despite his past as a cable and telecom industry lobbyist, Wheeler promised lawmakers during a hearing of the Senate Commerce Committee on Tuesday that if confirmed as chairman he would ensure competition among the businesses that he used to represent.

“My client will be the American public,” Wheeler said during the confirmation hearing, when he promised to promote industry competition and consumer rights.

However, Wheeler also cautioned that some rules by the FCC could place “a brake on innovation,” according to the Washington Post.

In a blog post in 2011 Wheeler hinted  that he might have allowed the merger of T-Mobile and AT&T on the premise that blocking the merger could give the FCC expanded authority of the telecom industry. Those the two companies abandoned their proposed merger in 2011 in the face of pressure from the FCC and the Department of Justice.

In response to questions about his blog post, Mr. Wheeler said that any merger review must be decided based on facts before the commission, not theoretical questions, the New York Times reports.

Former FCC Chairman Julius Genachowski left behind some unfinished regulatory questions that would test Wheeler’s will to take a firm hand against powerful companies.

The FCC’s authority to regulate Internet traffic, an Obama Administration policy known as net neutrality, is being challenged by Verizon in the U.S. Court of Appeals for the D.C. Circuit. If the ruling strikes down the FCC is the next FCC chairman will have to get clever on the commission’s next move regarding its authority to regulate the booming Internet marketplace.

During Genachowski’s tenure the FCC also began considering new media ownership rules, which have not been made public, that could loosen the limits on companies owning broadcast stations and newspapers in the same market.

Regarding television indecency, Wheeler hinted that he would support light enforcement to clean up broadcast content, but would stop short of fines on networks, The Hill reports.

“I’m old enough that when I see some things to kind of grit my teeth and say, “Is this what I want my grand kids to be seeing?’ Whether it be violence or obscenity or indecency or whatever,” Wheeler told the committee.