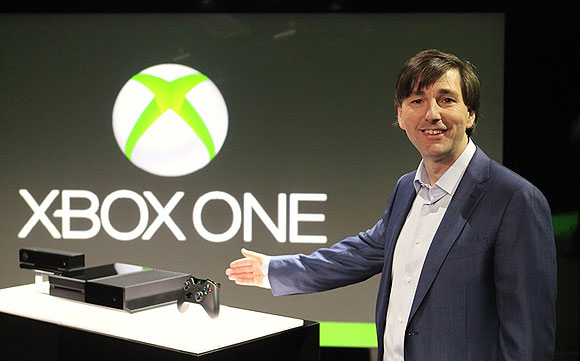 The Xbox One was unveiled last week, and the event was arguably less about gaming than any console debut has ever been. Executives talked better Kinect motion tracking, heart rate and body temperature monitoring, multi-tasking via “Snap,” and of course, voice command. “Xbox, on.” “Xbox, watch TV.” “Xbox, game.” These are just a few of the nuggets that Microsoft had to offer “the all-in-one gaming and entertainment system” about to replace the long-beloved (8-years-old) Xbox 360.  Microsoft also touted its new slimmed-unibody plastic molding. Without the battery pack jutting out, different hand-sizes can handle the controller more comfortably.

However, all of this has been buried by the user and media reaction to what Xbox One DOES NOT offer as well as its increasingly strict user mandates. We’re talking about Big Brother-esque ruminations of the new Kinect silently listening and watching at all hours for your commands; full-retail fees to replay Xbox 360 content (Yes, paying for backwards compatibility); a once a day Internet check-in required to use Xbox One; full installation of games onto your console, and extra cable provider requirements to use the One’s television features. While a live action film for Halo was announced, numerous new, exclusive gaming titles, and all downloadable Call of Duty content will be available, the restrictions on Microsoft’s new console are enough to off-put any freedom-craving gamer. And you shouldn’t be surprised.

Even Wii U and PS3 offers backwards compatibility on previous games, a free online network, limited DRM and support for independent game developers. Add that to the brand new open-source Android-based Ouya gaming console, which almost exclusively caters to the indie developer market, and you might start to scratch your head too. What is Microsoft trying to do? In essence, capitalize on every ounce of entertainment it will provide.

And that’s exactly the problem. The One is NOT about gaming, it’s about “entertainment,” just like other entertainment-based services such as Amazon, iTunes, or Google Play.  Pay to watch a brand new episode, listen to a new album, get a digital copy of your favorite new release, or download Temple Run 2 on your tablet. Just use their online store and swipe your credit card. Easy. And downright American.

Of course, there’s always the option of holding onto your beloved Xbox 360, avoiding the need for the upgrade altogether. The problem gamers have to understand and weigh is that this console wasn’t aimed at them. It was aimed at the Netflix-Hulu-gaming family. The all-in-One entertainment system is less about the prolific gamehog than it has ever been. PS3 and the WiiU are still focused on gaming, putting their titles first. Microsoft’s presentation didn’t even bother to mention its five games at launch until the end of its presentation.

We must remind our readers that everything noted now could change dramatically by its sell date (we’re guessing December based Microsoft’s vague “Later this year” shipping date). Stay tuned.