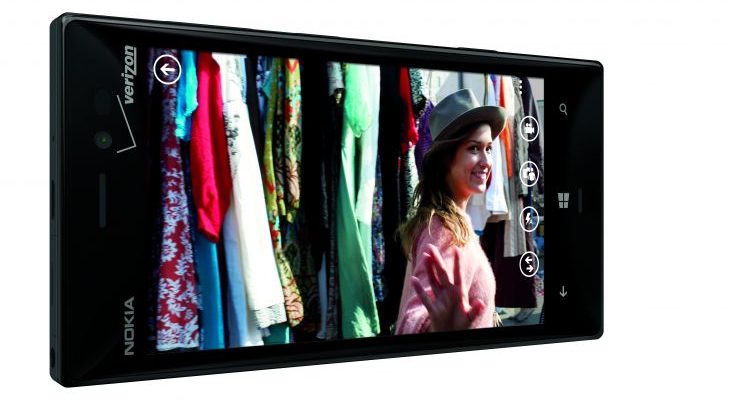 The Nokia Lumia 928 is the most advanced Windows phone, but those upgrades are negligible and us at Tech Void believe the device will be a lackluster competitor compared with other new phones this summer. Nokia’s upgrade of the Windows Phone 8 flagship Lumia 920 is available on May 16 through Verizon for just $99 with a two-year contract, or $500 with no contract. Microsoft released the Lumia 920 in September.

Users of the AT&T Lumia 920 have few incentives to switch to Verizon’s Lumia 928. The hardware specs of the two phones are the same, and the incremental improvements include a Xenon camera flash, an OLED screen display, and an improved speaker.  The Lumia 928 is also lighter at 185 grams, compared with the Lumia 920 at 163 grams. It also still features Qi wireless charging.

It appears Microsoft is stifling Nokia on improvements for its Windows phones, given Nokia’s track record for innovating phone apps such as an FM transmitter for streaming to a car stereo. Some of those apps could have been lost in the transition to the latest Windows Phone 8 software. Microsoft is offering a free update of Windows 8 to PC users, after lackluster sales of the platform since it was released in October.

Nokia’s main competition on the market so far is the aggressively-marketed Samsung’s Galaxy S4 and Apple’s iPhone 5. The Lumia 928’s potential edge on iPhone 5 could be its 8.7 megapixel camera and 32 GB storage space, compared with the iPhone 5’s 8 megapixel camera and 16 GB storage space. However it is hard to pry Apple users from the company’s interoperable family of gear – and rumors of the next-generation iPhone keep growing. The Galaxy S4 also boasts the latest Android 4.2.2 software, a user-replaceable battery, and a microSD storage slot.

Whatever its innovation strategy, Nokia has to step up its hype and advertising if it’s going to win this Game of Phones. The Galaxy S4 is selling at lightspeed and Samsung has shipped 6 million units of the phone since releasing the device on April 26. There were also approximately 2 million orders for the iPhone 5 in the first 24 hours it was available in September.