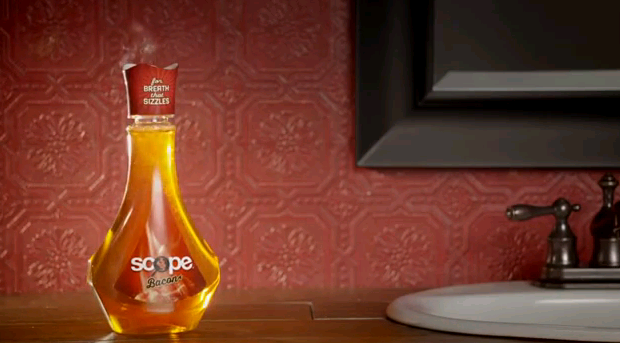 You read that right, Scope has just released its new mouthwash, Scope Bacon.  You know, just in case Baconnaise, bacon bras, and Kevin Bacon portraits made of bacon weren’t enough pork grease for your fancy. At press time, the video had 12,000 views and growing with Scope responding to top commenters with tongue in cheek answers. 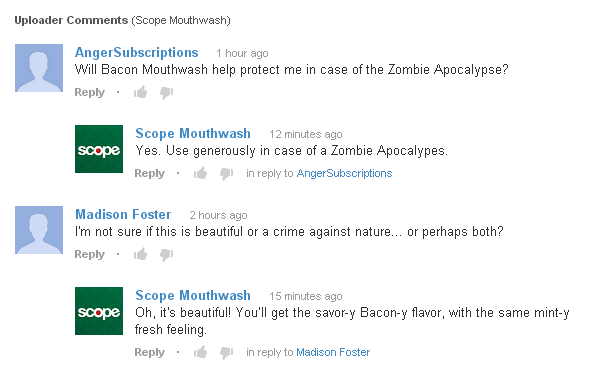 We can’t be certain the product is real, but it’s definitely a kick of an ad campaign reminiscent of the hilarious Old Spice deoderant’s “The Man Your Man Could Smell like.” We’re thinking it’s an early April Fools. Check it out for yourself below. Would you try something this seemingly disgusting? Let us know in the comments.