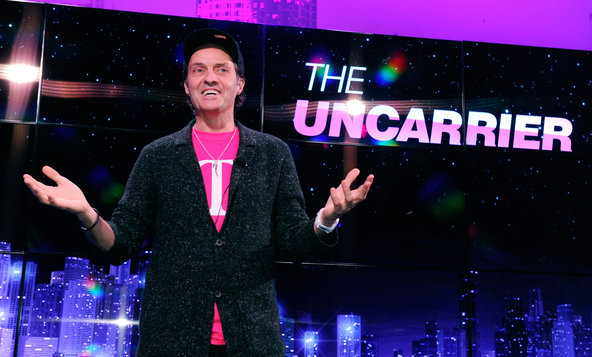 T-Mobile CEO John Legere went on an off the cuff vulgar rant in NYC Tuesday, telling Verizon and AT&T competitors to “Stop the bullshit,” during T-Mobile’s “UnCarrier” event.

The T-Mobile event launched a new Uncarrier campaign against “contract hell,” with Legere telling press that customers are paying incredible amounts of money for things they hate, namely contracts. “This is the biggest crock of shit I’ve ever heard in my entire life. Do you have any idea how much you’re paying?” Legere and other presenters went on to describe the new plans T-Mobile will be unleashing to turn the contract tethering tradition on its head.

Here’s how T-Mobile’s Uncarrier plans work. Buy a phone (unsubsidized $$$), pick your plan without an annual contract and leave when you want. For reasonable prices and numerous data plan options (500MB up to unlimited), T-Mobile’s Unleashed plans have unlimited texting and nationwide minutes for individuals and family plans. Family plans cost an additional $10.00/mo per line. Unfortunately, once reaching a data limit, T-Mobile says throttling will be had (for instance, after 2.5 GB of data usage on the 2 GB data plan). Throttling will be deemed by “fair use,” but Legere suggested if “we suck this month” customers are free to ship out with their smartphone in hand. Hotspot usage is also included in each plan, and unlimited 4G will run you only $70 a month for an individual line which includes an additional 500 MB of Hotspot data.

That doesn’t sound too bad, especially considering individual plans don’t even break $100, unlike Big Red. So what’s the catch? Smartphones are damn expensive, some over $500 a piece. T-Mobile is offering payment plans for this problem (as low as $15 a month on the SGIIS and Nokia Lumia 810 for 24 months) if you can’t drop $400 immediately. So while customers are “unleashed” from contracts,  they’re still going to be tethered to a payment plan. Nevertheless, paying a lower monthly fee and getting whatever phone you want (without the upfront full cost) may be just the thing you were looking for.

To get a look at the changes yourself, head over to T-Mobile. 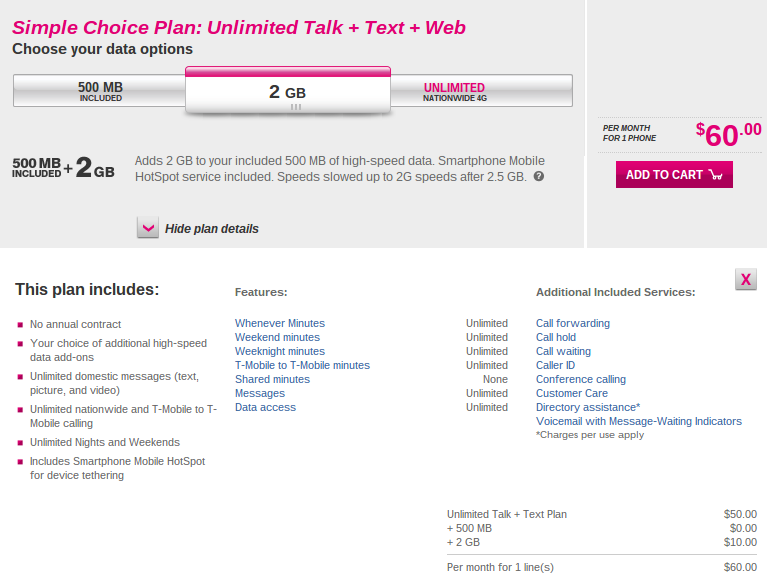 Source: T-Mobile
Via: The Verge Engadget