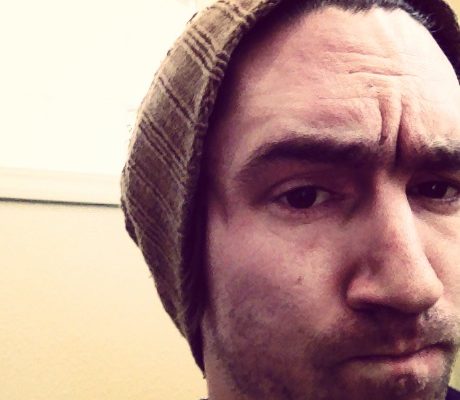 It was just a matter of time. If you haven’t heard about the SimCity launch debacle, you likely don’t have an internet connection. Which means you couldn’t have played SimCity anyway, but I’ve gotten ahead of myself. For the uninitiated, I’ve prepared a script:

EA: Everything is fine, any problems are being worked on!

EA: The game will not work offline.

PLAYERS: But what about this dude who changed two flippin’ lines of code, allowing offline play?

PLAYERS: Wait a second…this GAME is broken? And it appears to be related to badly programmed AI!

PLAYERS: SimCity 4 Deluxe? Really? Plus, the ones we don’t already own suck!

EA: It was HIS fault. *flails arms wildly until finger points at John Riccitiello* GET HIM!

It is quite clear people wanted to play SimCity. Despite the launch issues, the game still sold over 1 million copies in the first two weeks after release, making it the best release for the franchise. But those numbers betray the displeasure of the majority of players who attempted to connect to SimCity’s servers post-launch. Scholars, developers and intellectual property lawyers: say what you want about always-online play and Digital Rights Management (DRM). After you’ve finished saying it, take some time to listen to what real players have to say about requiring a net connection to play, since they’ll yell it from their tallest skyscraper: they loathe it. Hate is just not strong enough a word.

Don’t misunderstand me; I get the why behind any game developer’s decision to require a constant connection. It can reduce exploits, hacks, and cheating; it can ensure that your game won’t be thieved. That’s fair. But Chris Kluwe, Minnesota Vikings punter and outspoken critic of many things, offered the following question via Twitter:

Next question @simcity: How many lost sales do you predict from word of mouth versus general piracy rates? What does the maff say?

A valid point. How much money will EA lose as a result from bad PR? A lot. Will it eclipse the potential loss from piracy? At this point, I would think so. By making a haphazard attempt to combat piracy, did EA cause more serious harm to the health and stability of its beloved franchise?

Electronic Arts could’ve learned from Blizzard-Activision’s Diablo III launch issues earlier this year. While Blizzard’s responsiveness to server issues was immediate, forthright, and genuine, EA’s simply wasn’t. See, I’m one of the people who did not purchase SimCity at launch, opting to instead wait to hear feedback from trusted sources (we call them “friends” in the gaming world). While I know hundreds of thousands of players are currently enjoying SimCity, I haven’t yet made a purchase. Seeing the events unfolding and listening to the advice of friends leaves me hesitant to give the game—and EA—a chance.

Game makers, some advice: if your playerbase is tweaking the guts of your game—the code—in order to merely render the game playable, you might have a problem on your hands. If you’re willing to enforce a mechanism to protect your intellectual property, you’d better be damn sure it doesn’t prevent paying customers from playing the game. If you want to completely stop piracy, educate us on who really gets hurt when games are stolen. Because when you develop protection mechanisms and/or require always-online play, some 13 year-old kid is already 75% of the way through figuring out a workaround. If you think we’re here because we want to see you fail, you’re in the wrong business. As video game lovers, we want to see you make great games, and we want to play the hell out of them.

At the end of the day, I feel bad for the team at Maxis. I feel sorry for the players who were mislead throughout all this. And I feel for John Riccitiello, too. Someone always has to take the fall in situations like these, and it’s hard to tell how much of the blame truly rests on his head. Hopefully his sense of drive and purpose is more clearly developed than EA’s sims, or soon he’ll briefly wander outside EA’s Redwood headquarters, only to end up employed on the adjacent side of Redwood Shores Parkway giving pedicures at Spa Luxe.