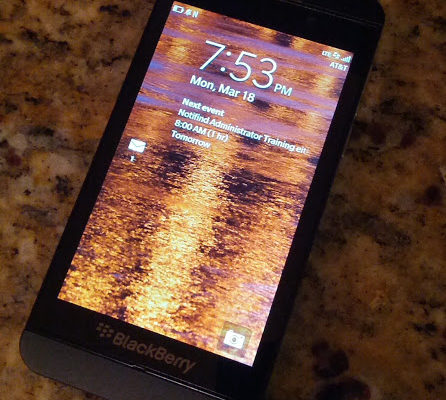 BlackBerry (formerly known as “Research in Motion” or “RIM”) is trying to make a comeback with BlackBerry 10 and its first two flagship devices: The Z10 and Q10. The hardware keyboard-packing Q10 is expected to be released in the U.S. in the couple months, but the all-touch Z10 will be released on all major carriers (except for Sprint) later this week.

AT&T was kind enough to send us a retail version of the BlackBerry Z10 a week ahead of its launch and so far, we are pretty impressed with the work BlackBerry has put in to refine the operating system and bring the BlackBerry brand back into the foreground of consumers’ minds.

We will have a more in-depth review in the next week or so, but in the meantime, here are some of our findings after spending a weekend with the BlackBerry Z10:

That’s all we have for now. If you have any questions or want to see something specific on the Z10, let us know in the comments or on Facebook. Stay tuned for our complete review!