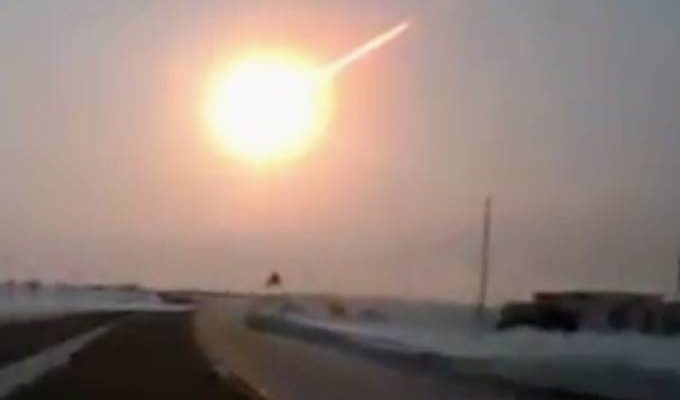 This morning a 10-ton meteor was caught on tape striking Russia.  The meteor went through the Earth’s atmosphere at supersonic speeds over the region of Chelyabinsk, where it was caught by various driver cams. It struck a zinc facory, blasting windows in the surrounding area and setting off car alarms. Between 700-950 people were injured at the scene and 34 were hospitalized.

A 6-meter crater has been reported found at a nearby lake and conspiracy theories of Russia’s missile defense system shooting the meteor down are popping up.

Bill Nye was also  seen on television calming the masses it’s not Armageddon.  See the stream of intense videos below: