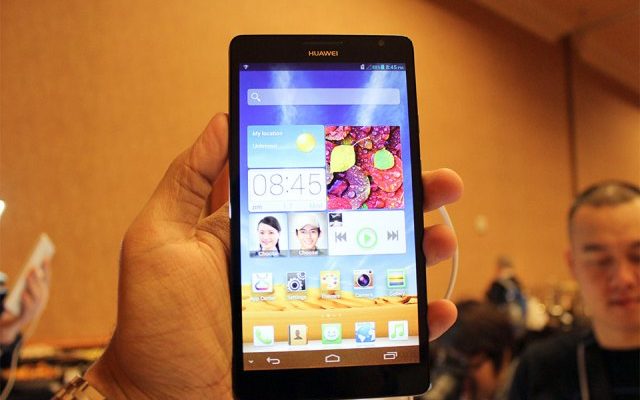 Welcome to CES 2013, where tablets, smartphones, and the dubbed “phablets” of over-sized smartphones run wild. The Verge just confirmed that Huawei is introducing a 6.1-inch smartphone named the Ascend Mate.

The monster smartphone was leaked several weeks ago via YouTube has now officially been announced at CES this afternoon. At this size, it’s less than an inch smaller than Amazon’s 7-inch Kindle Fire HD and larger than the 5.55-inch Samsung Galaxy Note II.

As for specs, the 6.1-inch Ascend Mate comes with a 1.5 Ghz processor, 2 GB of RAM, and a 8-megapixel camera. Unfortunately, the device only has a 720p screen, a let down for many who expect higher quality displays with 2013 devices. If the embed is working, check out Verge’s hands-on below: