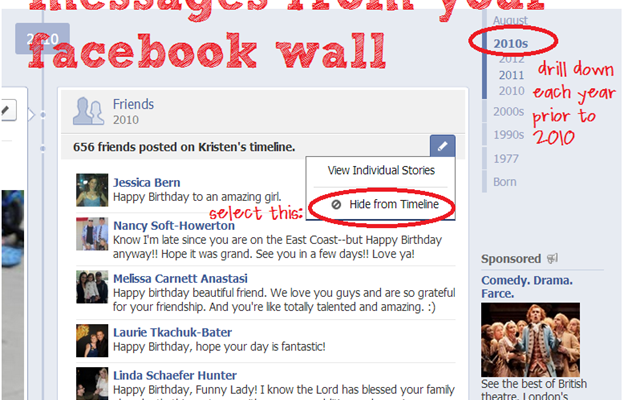 Update: Facebook has denied that these are indeed personal messages in a statement to NBCnews.com.

“A small number of users raised concerns after what they believed to be private messages appeared on their Timeline. Our engineers investigated these reports and found that the messages were older wall posts that had always been visible on the users’ profile pages. Facebook is satisfied that there has been no breach of user privacy.”

While this should calm fears, not everyone is convinced. Many posts we’ve seen appear to indeed be longer than comments friends would normally write on each other’s walls. That said, when we searched our inbox, no messages found on our Timelines showed up. Many sites have noted private messaging is fairly new to Facebook, and in years past replies to messages were done Wall to Wall rather than via a private inbox.  So were we duped? Perhaps.

Facebook may have a new privacy breach of late, and it could include your personal Facebook messages to and from your friends and family during 2010 or as early as 2007. Go ahead and click on “2010” on the right hand column of your timeline. Scroll down and you’ll see hundreds of posts on your timeline, many of which may be longer than the average comment and likely, seriously from your personal Facebook message inbox. Not cool, right?

Thankfully, Rageagainsttheminivan has posted the fix. Click the pencil button next to “565 friends posted on ____’s timeline,” and click “Hide from timeline.” The only problem? We don’t know how you hide your own messages on other people’s timelines. Time to spread the word and watch FB’s stock price.