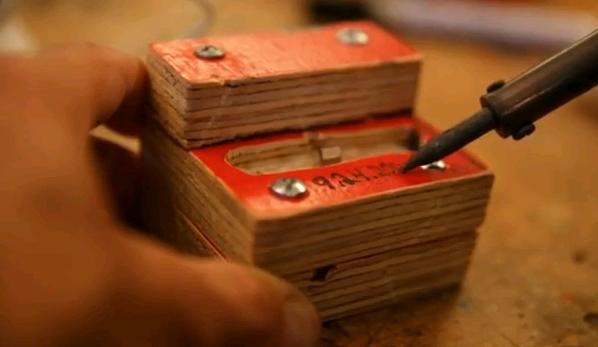 While people are beaming about the 5 million iPhone 5s sold last weekend (how apropos), people are still  complaining about a number of things. And we’re not just talking iOS maps or how overly thin and light the phone is to some (weird, right?). We’re talking about the need for an adapter to plug the thing in and an iPhone 5 dock that has yet to be released. You know, the one you can’t even buy from a cheap third party manufacturer because it’s THAT proprietary (they won’t work).

But thankfully, filmmaker Casey Neistat decided to tell Apple to shove it by replacing his favorite iPhone dock with a wooden one for all of $1.27 (and some serious man hours).  Oh, and using  power tools you don’t have. Still, check out the video to learn how he did it, or at the very least, get some much-needed Apple-rebellion catharsis.