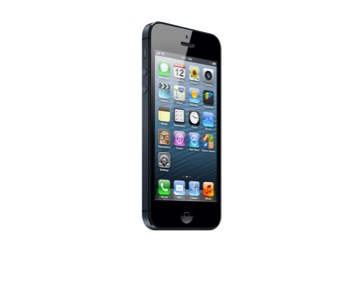 The iPhone 5  has FINALLY arrived. And it’s BORING. Yes, that iPhone. The one everyone’s waited two years to renew their contract for. The reiteration with the obvious specs: Taller, thinner, better camera with “sapphire crystal” lens protection, LTE, longer battery life, upgraded apps, Maps, and its new iOS.  The iPhone that’s said to boost the GDP .05% and make Sprint, ATT, and Verizon stock soar.

Despite all of that hype, the iPhone 5 doesn’t excite anyone. Not even you. Not even the 10 million consumers ready to rush to the store are the least bit enthusiastic about Apple’s new baby. And you know exactly why.

Because it is so last year.

Apple made a big mistake releasing a trumped up, slightly upgraded iPhone 4S. Hell, they even made a mistake with Siri, that gimmicky computer assistant we all turned off after five short-lived days nagging her with weather updates and overdone “Hitchiker’s Guide to the Galaxy” jokes. There was no LTE on board, no enlarged display, and not even a better battery than the previous model. This from the company that was always “ahead” of the game? The very company that had “…changed phones forever” (TIME) by inventing the smartphone was the last manufacturer to include any of the consumer-loved  innovations at their disposal.

Jobsian theory: “We need to tell them what they want.”

Unfortunately for Apple, being the outlier doesn’t make them better.  Not this time. It just makes them slower and hard of hearing.  And the greatest beneficiaries (even despite certain lawsuits) are Samsung, Google, Microsoft and Nokia, whose products are bringing more Windows (up 277.3%) and Android (holds 68.1% market share) OS users to the  game than ever before.

And if you think lawsuits were enough of a distraction lately, just wait until you get a look at the new iPod Nano. Have you ever seen anything like this color wheel of products? CNET broadcasters dubbed them “The martians of iProducts.” Apple, please meet the Nokia Lumia line of smartphones. Are those circular icons too? 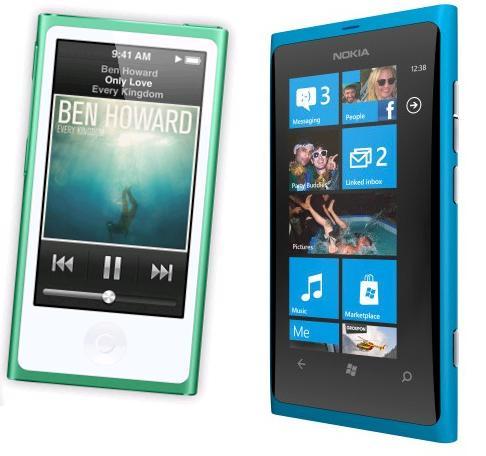 While this may or may not be lawsuit heaven for Finland (Nokia’s recent revenue numbers could use a hand), the evidence is becoming clear that while Apple’s genius innovations have paved the way for gadget manufacturers in years past, continuous succession in features, software, and consumer responsiveness is lagging.

Apple might be the most valued American company in market capitalization, but its hiccups sure are showing some cracks in the glass. Good thing the iPhone 5 has a metal back.