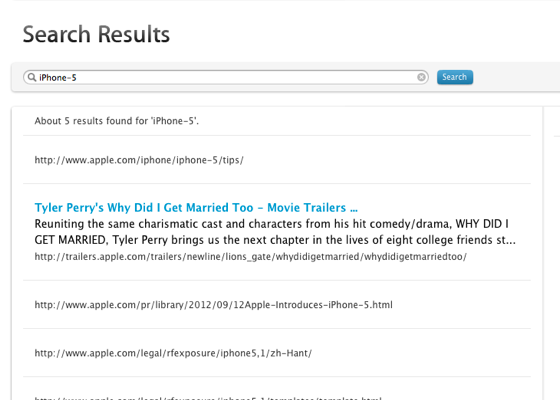 Apple’s live iPhone 5 event will be held in just an hour (at 1pm EST), and bloggers have already snatched up evidence of the new smartphone’s name, as original event invitations previously suggested. A search on Apple’s website revealed links to the iPhone 5, iPod Touch, and iPod Nano press releases as shown in the screenshot above.

There’s no question about the buzz surrounding this event. Analysts at JP Morgan have estimated a .05% GPD boost to the economy just on the sales of the iPhone 5 in the fourth quarter of 2012.

Stay tuned for Tech Void’s updates during and after the event this afternoon.

Via: The Verge
Source: 9to5Mac