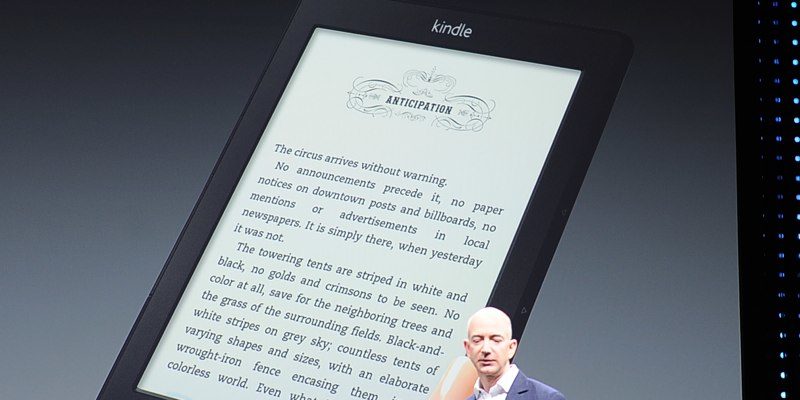 The devices are black, have 9.1 mm thickness, and the same dimensions as previous models.  It also appears to have no buttons like the Kindle Touch (this/these are the NEW Kindle Touch), with customizable typefaces and sharper text and colors. The Paper White tech is apparently a flattened out fiber-optic display that took Amazon years of research and development. Instead of the light blinding you in the face, the light is reflected down at the display unlike others (see Nook). The new display has 25% better contrast and 62% more pixels.

In addition, the battery life is incredible, with 8 weeks (two months…) of standby.  These models have capacitive touch screens and the minimal version, dubbed “Kindle”, will be available for a nice $69 down from $79 for the last version. It will ship September 14.

But obviously, that’s not all Amazon revealed today, as this is one iteration of several models, including its $179 Kindle Paper White 3G (with 3G, duh) and a $119 version with Whispersync and Lending Library capabilities, both of which will be available October 1.

Stay tuned for more updates and our post on the new Kindle Fire HD.

Via and photo: Engadget