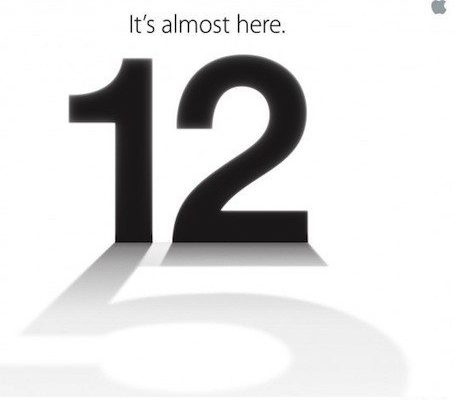 Tech Void is sorry to report that we weren’t invited, but Apple has sent out invitations for a September 12 event at the Yerba Buena Center for the Arts at 10 a.m. PT. Gee, I wonder what it could be?

If you have been living under a rock or are without any internet, television or friends, this event will likely announce the new iPhone. While we quibble over what Apple actually names the new device (think “the new iPad”), the art for the invite suggests that the new iPhone could be dubbed “iPhone 5.”

During the event, we should also learn more about the release of iOS6, redesigned iPods and possibly information on a rumored iPad Mini. However, many believe that information about the iPad Mini will be released at a second event in October. The next iPhone is  also rumored to become available on September 21.

We will keep you updated with additional information as it becomes available but for now, mark your calendars.