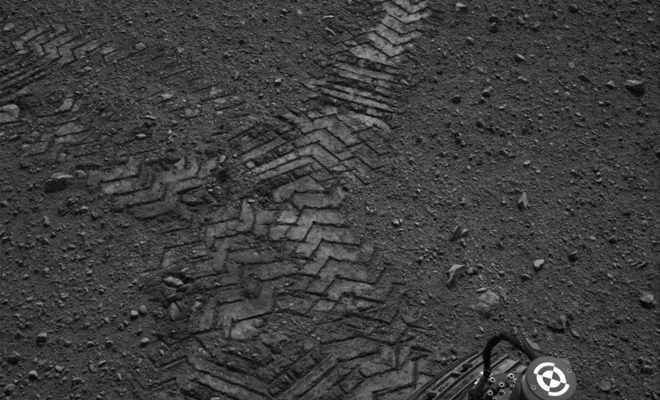 Exciting doesn’t even begin to describe the most recent video uploaded by NASA. The high-definition footage of Curiosity’s landing on Mars filmed by its descent cam has been put together to take you on a wild, treacherous ride to the desert planet. And if you couple that with Curiosity taking its first 9 foot spin (baby steps, guys), it’s quite a day for space tech. Oh, did we mention NASA fired Curiosity’s lasers at rocks and turned them into plasma? Because they did that too.

The video shows Curiosity right before it loses its heat shield and deploys the supersonic parachute.  The feed comes from the probe’s descent camera which then floats you down the rest of the ride, only to be halted by its thrusters just meters from the ground. Prior to this (off camera), Curiosity is lowered from its “sky crane” by 25 foot cables.  Quite the intrepid journey, indeed.  Check it out for yourself: