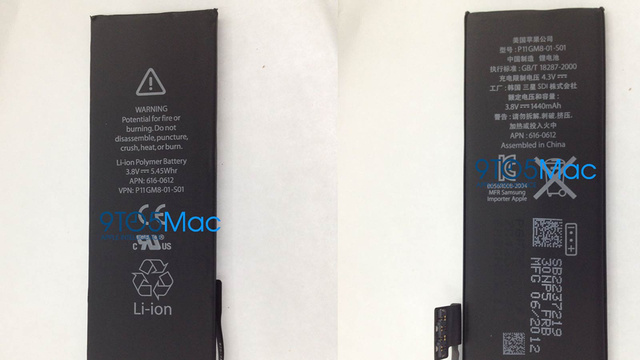 What’s as skinny as a bean pole and rectangular as a smartphone battery? Well, if the photos recently leaked to 9to5Mac are legit, it’s Apple’s iPhone 5 battery. And boy, its lanky shape is like nothing we’ve seen.

Speculation by all accounts brings worries to battery life if this is indeed the case, especially with the 4G power-sucking technology expected to be included in this reiteration. What sources can tell from the photo is that the this battery is 1440mAh, a step up from the 1430mAh in the iPhone 4s. The iPhone 4 is an equal step below that.

The most obvious take on the size says it all about the engineering. Less battery real estate, means more components. The battery is also up in voltage according to 9to5Mac,  at 5.45wHr (watts per hour) compared to 5.24 and 5.3wHr in the iPhone 4 and 4S, which is proportionate to the mAh changes.

Stay tuned as the iPhone 5 components keep seeping into the limelight.