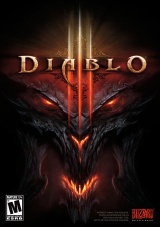 Diablo III has enthralled the minds of gamers and bored others to Oblivion (or Skyrim) since its launch in mid-May. A quick glance at the official forums reveals players split into two distinct camps: those still neck deep in demons and gore, trudging their way through Inferno, and those who’ve left the world of Sanctuary, unsatisfied with the return on their investment.

Blizzard aims to narrow that split by introducing several quality-of-life improvements with Patch 1.0.4, due to hit servers “in a few weeks.” One the loudest complaints from the player base is the perceived lack of reward for the amount of time spent in-game. Crafting systems offered no advantage, repair costs were too high, certain monster affix combos were too difficult, and most upgrades were acquired via farming gold and hitting the Auction House.
Some of the highlights:

• Better Legendaries – the affixes on these items will now feel legendary, though legendaries acquired before the patch will not be affected.

• More interesting weapon drops at high levels – Level 61 and 62 weapons will now be able to roll weapon damage stats up to the high end of Level 63 weapons.

• Nerfed Champion & Rare packs, affixes – In addition to lowering the overall difficulty of these mobs and preventing them from healing up post-wipe, they’re nerfing certain affixes and combos, and getting rid of others. Goodbye, Invulnerable Minions!

These are only a few of the spicy bits. Head over to the official Diablo III page for the full read.