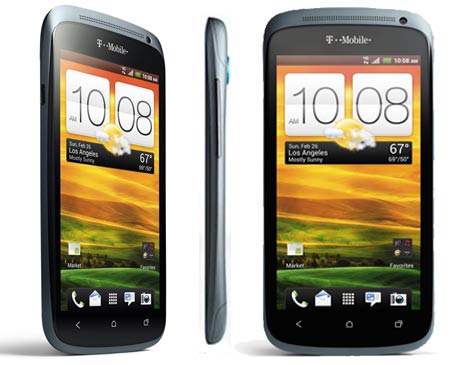 _
Although today has been chock full of Apple news, I thought this might be a good time to share my thoughts on HTC’s mid-range smartphone: The One S for T-Mobile.

I have already spent quality time with HTC’s flagship One X with AT&T, and now it is time for me to shine some light on this extremely powerful device.

Although this smartphone is technically “mid-range” compared to the One X, the specs and placement in T-Mobile’s lineup really make it a flagship phone for the carrier.

Similar to the One X, buyers of this device will be treated to Android 4.0 ICS with Sense 4, Beats Audio™, an 8MP shooter with 1080p video support and 1GB of RAM. However, unlike its big brother, the One S doesn’t boast LTE (T-Mobile offers HSPA+ but does not currently offer LTE compatibility), has a smaller 1650mAh lithium-ion battery and a smaller 4.3″ qHD Super AMOLED display.

However, trading down for a smaller display and battery made it possible for HTC to keep the exterior ultra slim and trim. Weighing in at 4.3 ounces, this device really feels like the right size for a smartphone.

T-Mobile’s network does not compare to Verizon’s reliability or AT&T’s data speeds, but their affordable rate plans and features such as mobile hotspot and wi-fi calling make T-Mobile a suitable competitor in today’s carrier wars. Both of these features bailed me out on a number of occasions during my review period.

I completely lost my Xfinity cable and internet connection last weekend (Turns out that was due to a loose connection in the apartment building’s wire box that only affected my apartment) and the mobile hotspot feature on the HTC One S quickly snapped in to save us, providing internet access for streaming Netflix and the Watch ESPN app.

The Wi-Fi calling feature proved itself extremely useful on more than one occasion. Of course you can rely on this to supplement T-Mobile cellular service if you don’t get very good signal in your house, but what about places with no signal at all?

I work at a hospital and I don’t get signal inside of the hospital on any carrier no matter how nice of a phone I am using. With T-Mobile, I can flip the Wi-Fi calling (Technical term: UMA, or Unlicensed Mobile Access) feature on and still have the ability to make/receive calls and send/receive text messages using my regular phone number. Sure, you can make the argument that by using Skype or some other VoIP app you can do the same thing, but it is not as easy as using your regular cell number to make these calls.

Unfortunately, the Wi-Fi calling is not fail safe, as Wi-Fi to cellular handoffs were not consistent and dropped quite a few calls.

Overall, the HTC One S is an amazing device that I really enjoyed using for the month that I reviewed this device. I have already recommended this phone to one person that bought the phone and loves it as well.

However, with the pending release of the Samsung Galaxy S III and T-Mobile’s “accidental” support of HSPA+ on the iPhone, there will soon be heavy competition for HTC in this market and I am really pulling for HTC to continue this kind of innovation.

You can purchase the HTC One S for as low as $49 from T-Mobile.